"What Happened to the Political Center? How Do We Get It Back?" Charles Wheelan

Charles Wheelan '88 is Senior Lecturer and Policy Fellow, Nelson A. Rockefeller Center at Dartmouth. He is the founder and chair of the Centrist Project. 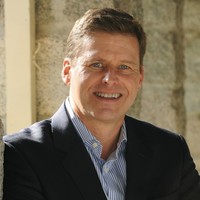 Charles Wheelan is a senior lecturer and policy fellow at the Rockefeller Center at Dartmouth College. He joined the Dartmouth faculty fulltime in June of 2012. He was selected as one of Dartmouth’s 10 best professors by the graduating classes of 2015, 2016, and 2017. He teaches courses on education policy, health care, tax policy, income inequality, and related topics. Wheelan teaches the Practicum in Global Policy Leadership in which he travels with students to examine an international policy topic. In years past, the class has visited India, Israel, Jordan, Liberia, Turkey, Rwanda, Madagascar, Northern Ireland, and Brazil.

From 2004 to 2012, Wheelan was a senior lecturer in public policy at the Harris School of Public Policy at the University of Chicago. He taught several courses on understanding the policy process for Master’s students. For the 2004-05 academic year, he was voted Professor of the Year in a Non-Core Course by the Harris School student body.

Wheelan’s most recent book, Naked Money: What It Is and Why It Matters, was published by W.W. Norton in April of 2016. He is also the author of The Centrist Manifesto and the founder and chair of the Centrist Project, an organization dedicated to overcoming political gridlock by electing centrist independents to state and federal offices.

In 2013, Wheelan published Naked Statistics: Stripping the Dread from the Data (W.W. Norton).  Shortly after publication, the book reached the New York Times bestseller list for hardcover nonfiction. The New York Times called the book “sparkling and intensely readable.” The same year, he published The Centrist Manifesto, which calls for a new political party “of the middle.”

In March of 2009, Wheelan ran unsuccessfully for Congress as the representative from the Illinois 5th District in the special election to replace Rahm Emanuel.

Prior to joining the faculty at the University of Chicago, Wheelan was Director of Policy and Communications for Chicago Metropolis 2020, a business-backed civic group promoting healthy regional growth in the Chicago area.

From 1997 to 2002, Wheelan was the Midwest correspondent for The Economist. His story on America’s burgeoning ex-convict population was the August 10, 2002, cover story. He has written freelance articles for the Chicago Tribune, the New York Times, the Wall Street Journal and other publications.

Wheelan’s first book, Naked Economics:Undressing the Dismal Science, was published by W.W. Norton & Company in 2002. The book, an accessible and entertaining introduction to economics for lay readers, was released in paperback in September 2003 and is now published in 14 languages, including Arabic and Hebrew.  The Chicago Tribune described Naked Economics as “clear, concise, informative and (gasp) witty.”

Wheelan’s first novel, The Rationing, will be published by W.W. Norton in 2019.

Wheelan holds a Ph.D. in public policy from the University of Chicago, a Master’s in Public Affairs from Princeton University, and a B.A. from Dartmouth College. He lives in Hanover, New Hampshire.