Is the Gender Revolution Stalled? 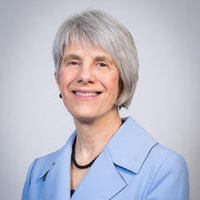 Social scientists have documented dramatic change in gender inequality in the last half century, sometimes called a “gender revolution.” I show dramatic progress in movement toward gender equality between 1970 and 2018, but also that in recent decades, change has slowed or stalled. The percent of women who are employed rose continuously until approximately 2000 when it reached its highest point to date of 75% (it was 73% in 2018). Women have surpassed men in receipt of baccalaureate and doctoral degrees. The degree of segregation of fields of study declined dramatically in the 1970s and 1980s, but little since then. The desegregation of occupations continues but has slowed its pace. The ratio of women’s to men’s hourly pay increased from .60 to .83 between 1970 and 2018, rising especially fast in the 1980s, but much slower since 1990. In sum, there has been dramatic progress in movement toward gender equality, but, in recent decades, change has slowed, and, on some indicators, stalled entirely. The slowdown on some indicators and stall on others suggests that further progress requires substantial institutional and cultural change. Progress may require increases in men’s participation in household and care work, and adoption by employers of policies that reduce gender bias and help both men and women combine jobs with family care responsibilities.