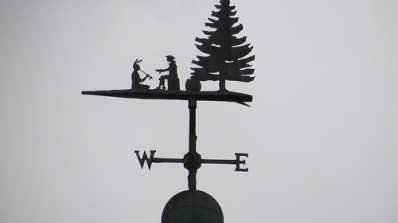 "Democracy in Iran--Why It Failed and How It Might Succeed"

Misagh Parsa's new book, Democracy in Iran--Why It Failed and How It Might Succeed, deals with the difficulties of democratizing the Islamic Republic.  It draws on primary materials--interviews, newspapers, and recent memoirs--and offers a new framework for understanding democratization in developing countries governed by authoritarian regimes. (Ervand Abrahamian, CUNY) More details about the book can be seen here at the publisher's website.

Below is a review by Ray Takeyh (Council of Foreign Relations) in the current issue of the journal Survival.

"Misagh Parsa’s account of Iran is one of the most important books published about the Islamic Republic since its inception. Parsa’s mastery of an impressive range of sources, his elegant writing style and his intellectual honesty set his account apart from the legion of other books published on the theocratic state. His conclusions are as stark as they are important: the Islamic Republic cannot reform itself, and its path to genuine democratisation can only come through an actual revolution.

Parsa traces the history of the Islamic Republic from the early days of the revolution, describing how a revolt led by a coalition of liberals, secularists, Islamists and Marxists ended up establishing an intolerant theocratic dictatorship. Iran’s constitutional arrangements, the establishment of clerical bodies unaccountable to the electorate and the notion that a Supreme Leader would oversee the affairs of the state negated the promise of the revolution. The eightyear war with Iraq did much to consolidate the power of the clerical state as it cleverly used the national emergency to purge its detractors.

Still, in the 1990s, it looked as if the Islamic Republic would follow the trajectory of other revolutionary states and gradually dispense with its ideological patrimony. The rise of the reform movement led by enterprising intellectuals who sought to harmonise religious values with republican norms led to hopes of a different future. The election of Mohammad Khatami in 1997 was the culmination of efforts to connect the reformers to the larger public. The so-called Tehran Spring led to the rise of civil-society groups, critical media and a string of electoral victories by leaders committed to genuine change. And then came the counter-reaction. Under the watchful eye of Supreme Leader Ali Khamenei, the conservatives struck back. Clerical bodies negated parliamentary legislation, the judiciary closed reformist newspapers, and vigilante groups assassinated intellectuals and terrorised others. The message coming out of Khamenei’s office was that the Islamic Republic would not go the way of the Eastern bloc countries and reform itself out of existence.

The failure of the reform movement did not extinguish the spirit of change. Parsa’s book contains the most complete account of the Green Movement in the English language. The disputed presidential election of 2009 that returned the reactionary Mahmoud Ahmadinejad to power led to cries of ‘where is my vote?’ Soon, the protests moved beyond electoral irregularities to calls for regime change. The speed with which the marchers got to that point shocked the leaders of the state, who unleashed a wave of repression reminiscent of the early 1980s. The regime survived, but in the process it lost its legitimacy.

The concluding argument of Democracy in Iran is its most consequential one. According to Parsa, the forces of change can no longer rely on the constitutional provisions of the theocracy to liberalise it. The regime’s repression of the reformers and the Greens ensures that, should change come, it will do so outside the confines of conventional politics. Street protests, rather than parliamentary legislation, are likely to determine the future of Iran. In one of the many paradoxes of that country, the conservative clerical oligarchs created a situation that could potentially lead to the demise of their own regime."