Posted on June 16, 2022 by Office of Communications

Will the country become more comfortable reckoning honestly with its history? 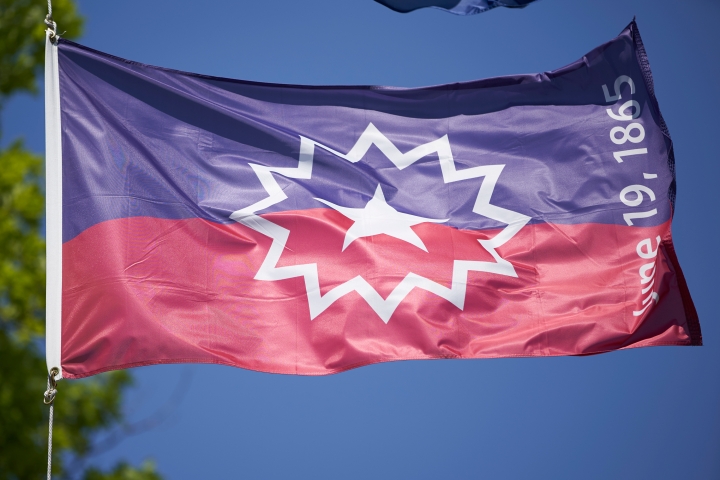 The Juneteenth flag commemorating the end of slavery in the U.S. will fly over the U.S. Capitol and in state capitals that have recognized the federal holiday, marked on Monday, June 20, this year. (AP Photo/Nati Harnik)
Body

Last year, the Juneteenth National Independence Day Act established June 19 as a federal holiday commemorating the end of slavery in the U.S.

The Juneteenth holiday, which falls on Monday, June 20, this year, stems from June 19, 1865, when Union troops brought news to the Black community of Galveston, Texas, that the institution of slavery had been abolished in the United States. The day has been marked in Black communities for generations, but this year will be the first time Juneteenth is celebrated as a national holiday.

We asked members of the Dartmouth community to respond to the question, what do you think the federal holiday status of Juneteenth means for the United States? 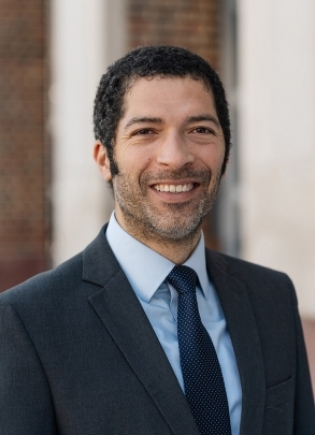 In the year since Juneteenth became a federal holiday, at least 36 states have introduced or adopted legislation to restrict teaching about race and racism, while Walmart and other companies have faced criticism for selling Juneteenth-branded products. This is not surprising, but it is disappointing. Juneteenth encourages us to tell a fuller and more truthful story of American history, but too many people would either rather pretend that slavery never happened or use the holiday as way to sell things.

When Black Texans gathered on June 19 in the years after the Civil War, they were celebrating emancipation, but they were also asking a very basic question, “is what we are living through right now actually freedom?” These early Juneteenth events were certainly celebratory, but they were also brutally honest about what Black people had endured in America.

The twin themes of joy and honesty are the through line that connect Juneteenth celebrations from 1865 to 2022. In each of past 157 years, Black Americans have celebrated emancipation, while also asking that same basic question, “is what we are living through right now actually freedom?”

If Juneteenth is going to be meaningful as a federal holiday, all Americans will need to become more comfortable reckoning honestly with our nation’s history.

In 2020, there was a Juneteenth celebration and rally in a part of Central Park that was once called Seneca Village where freed Black people and Irish immigrants lived before the Civil War. One of the signs at that Juneteenth event read, “Black History Is Now.” I think that sentiment is true, we are living through a pivotal historical moment that will likely be discussed in history classes for generations to come. Juneteenth should inspire us to be honest about history, to make space in our lives for joy, and to be bold enough to choose the futures to which we aspire. 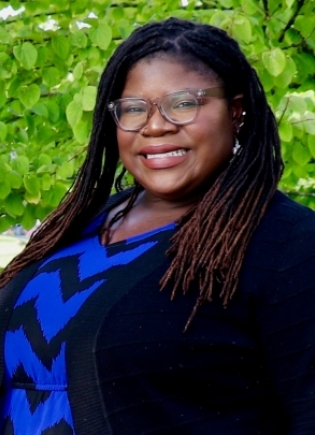 Juneteenth becoming a federal holiday in the United States is certainly a cause to celebrate. Many Americans, Black and nonBlack alike, never learned about the day enslaved Africans in Galveston, Texas, were notified of the Emancipation Proclamation.

However, this moment, which abolished U.S. chattel slavery, is one that we should commemorate. When considering recent legislation to censor history curriculum and to ban books from primary and secondary schools—curriculum and books that, in part, shed light on the racial origins of our country—formally designating Juneteenth as a federal holiday is certainly a step in the right direction.

In many ways, the Juneteenth National Independence Day Act represents a commitment to embracing aspects of American history that have been ignored for far too long. In other ways, this Act is at risk of severing as simply a symbolic and performative gesture that will produce very little change to the social and racial dynamics of our country.

As more people learn about the history of Juneteenth and more employers establish how they will observe it, I remain curious to see how people will engage with the cultural celebration. Will it become detached from its history and used as an opportunity for cultural appropriation, which we’ve seen happen to other culture-based holidays like Cinco de Mayo and Día de los Muertos?

Or will it be perceived as another holiday that only carries significance in Black communities, similar to Martin Luther King Day and Black History Month? Only time will tell, but it is my hope that Juneteenth will serve as an annual reminder to all Americans that if you are not actively working to support Black freedom you are likely complicit in constraining it. 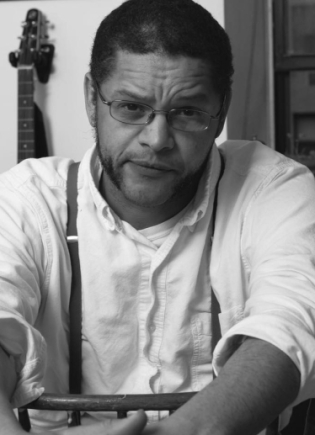 I am deeply distrustful of the motives and intentions of anyone who supports the commemoration of Juneteenth, but who has a history of supporting policy and legislation that facilitated the evolution of the carceral state. When Speaker Nancy Pelosi’s home state relies on broad deployment of convict labor to fight California’s seasonal wildfires—undercutting wages for professional firefighters—and then, in turn, allows for a person’s carceral status to justify legal job discrimination against them once released from prison, it is hard to see her support for a holiday commemorating the end of slavery as anything but theater. Perhaps Democrats will break out their kente cloth stoles again.

This preoccupation with symbolic action (as opposed to concrete action that addresses people’s material and political realities) is exactly why the Democratic Party is likely to be run out of power after the midterm elections. What will this Juneteenth holiday signify then, with a Republican Party in power that is riveted to White Nationalism and authoritarian subversion of representative governance in the U.S.? What meaning will we be meant to derive from a Juneteenth holiday in the wake of the Democratic Party’s unwillingness to defend the right to political representation of all of the African American communities being targeted by state Republican parties for vote suppression?

The Democratic Party should spare us all the kente cloth, deal with U.S. Sens. Joe Manchin and Kyrsten Sinema, and prosecute everyone responsible for the violence of Jan. 6, now. The time for theater has passed; the republic is in peril. 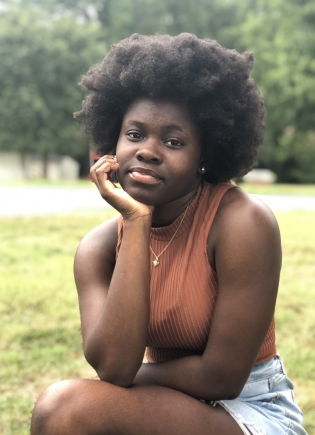 Juneteenth being recognized as a federal holiday acknowledges what and who this country was built upon. July 4th is celebrated as the day of American Independence, but exactly who was free on July 4th, 1776? What kind of independence was gained exactly? This is an important distinction to make and one that many Black Americans have been trying to make for centuries. In the words of Fannie Lou Hamer, “Nobody is free until everyone is free,” and so Juneteenth celebrates the freedom of Black Americans from enslavement and not just on paper.

The United States has no choice but to look inward at the systems held up by its history and the ignorance perpetuated by its silence. As a federal holiday, Juneteenth and its accompanying history can no longer be ignored by a country that keeps trying to sweep it under the rug. But above all, Juneteenth allows Black Americans to celebrate their history and rejoice in their accomplishments as a community.

Annette Gordon-Reed ’81, the award-winning historian who was the Dartmouth commencement speaker in 2021, spoke to the Harvard Gazette about growing up in Texas and how her family celebrated Juneteenth.

Gordon-Reed, the author of the memoir On Juneteenth, told the Gazette that an evolution in how Juneteenth is celebrated can be expected now that it is a federal holiday.

“The day is tailor-made for thinking about history and the struggle that Blacks and our allies have waged to make the promise of Juneteenth real,” she said.

“Juneteenth, a Celebration of Freedom,” will be held in Colburn Park in Lebanon, N.H., on Sunday, June 19, starting at 5 p.m. The program begins with a reading of the Emancipation Proclamation, followed by live music, historical information, and food.